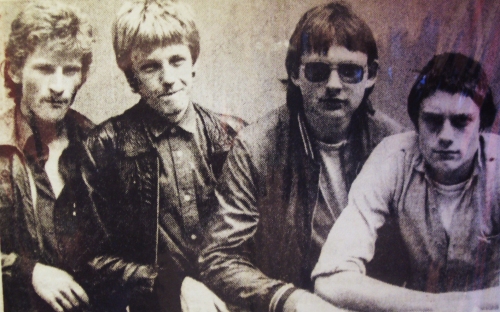 Chainz were one of the earliest Blackpool punk bands who combined some of the best parts of the, by then fading, seventies glam scene with the raw energy of punk. Live gigs would feature mostly their own material but would also include storming covers of a wide variety of songs ranging from Roxy Musics "Virigina Plain" through to Rapeds "Escalator Hater".

As usual not much survives from this era but here's a photograph from their Blackpool Evening Gazette interview plus two tracks recored in Storm Studio Blackpool. Personnel were (left to right)